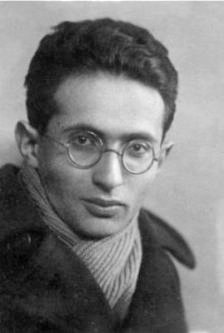 During the celebration of 25 years of Loop Quantum Gravity at Madrid, a new prize for post-doctoral scholars in Loop Quantum gravity was created. It is named after Matvei Petrovich Bronstein, who was the first to emphasize that quantum gravity requires a deep revision of classical space-time concepts. He wrote his Ph.D. thesis on Quantization of Gravitational Waves in 1935. He clearly understood the limitation of applying the Bohr-Rosenfeld QED measurement analysis to gravity. He derived the quantum analog of Einstein's quadrupole formula but emphasized the need to go beyond linearized gravity. For more details see here. He was considered by many as the brightest of the young Soviet physicists in the mid- 1930's. He was arrested on trumped-up charges in 1937 and convicted by a list trial and executed on the same day in 1938. An account appears in this external link.